Insurance Coverage for Our Family

The holidays are a time of hectic hijinks, heartwarming and hearth-warming happiness, and... holy Moses! The house is on fire! Yes, winter is the most common season for homes to burst into flames and result in an untold number of accidents, all of which culminate in homeowner's insurance claims. The following highlights the four most common holiday mishaps that will make you exceedingly joyful that you have homeowner's insurance.

This happens a lot more than home cooks like to admit. Whether it is goose or turkey, ham or lamb, foods that are left unchecked and alone to roast often end up roasting part of the kitchen along with them. Sometimes it is not what is in the oven that starts the fire, but what is cooking on the range. Yes, this fire is covered by most insurance because you clearly did not intend to set your kitchen on fire with your holiday cooking or baking.

Nobody wants their holiday lightfest to ever cause any injury. However, people putting lights on the roof can fall off the roof. People coming into contact with wet electrical wires as a result of not checking the strings of lights before leaving them to dangle in the snow while plugged into an outlet is not good either. Finally, if the people decorating are not hurt, the house may end up in the cross-hairs of an electrical fire when lights indoors short out, or the family pet chews on cords and exposes bare wires. Injuries against people result in claims against your policy, and damage to the house is obviously accidental electrical fire damage.

Your homeowner's insurance may or may not have protection against theft and home invasion. If it does, you may be able to replace the things that were stolen (e.g., the PS4 you bought the kids for Christmas, or the snowblower you gave your spouse or the flat screen 4D/HDTV in the den). Home invasion is only covered if someone was hurt, or if the intruders damaged your security cameras/system after they broke into your home.

If you have not cleaned your chimney in over a year and you are about to light a cozy holiday fire, you might want to rethink that. Exploding chimneys and chimney fires are real, and they result in a lot of damage. Just putting one of these fires out causes thousands in water damage too, which is worsened when the temperatures outside are below freezing. If it happens to you before you read this, file a claim with your insurance right away. 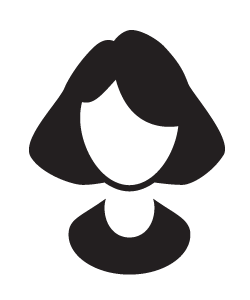 After we had kids, we realized that we needed to up the ante on our insurance coverage. While we had a policy in place, I knew that we had to do something to make sure that we were protected in any instance, which wasn't the case at the time. I began talking with different brokers about what we could do to improve our coverage, and they had some really great suggestions that seemed to help. This website is here to help other people to know how to purchase insurance, and what kinds of policies would work best for your special family.